Made of more – “Sapeurs “. Behind the creative.

Nadja Lossgott and Nicholas Hulley tell the story of the inspirational men behind the striking new Guinness ad.

Twitter
Facebook
It is every creative’s dream to be asked to make the next brand ad for Guinness. But the fear soon dawns, knowing the iconic work that has come before.

In Brazzaville, the capital of the Republic of the Congo, there is a group of real blue-collar guys – taxi drivers, carpenters, warehouse workers – who transcend the everyday slog of their lives by wearing incredible suits, getting together to do what they do, and generally bringing a bit of joie de vivre to everyone around them. They call themselves Sapeurs: the Society of Elegant Persons of the Congo. We thought they were absolute beacons. If they can live with such dignity and joy after all they’ve been through, they could be inspirational role models for the rest of the world. If they can, then who can’t? In the context of “made of more”, the real message is not the suits, it’s about the substance of the men inside them. For us, they embodied a universal truth that you can always choose who you are.

The style and direction

The Sapeurs are the stars of the show, so we were adamant that we use the real guys from Brazzaville. Our brief to directors was to capture their irrepressible spirit on screen. That meant it was crucial that we didn’t just capture the surface quality of their lives. Of course it is about their suits, their colours, their style and the stark contrast of these against their surroundings. But it would mean nothing if we didn’t capture the inner qualities of these proud, soulful guys who reach beyond their circumstance. Their story is so much more than just a visual tapestry. When we spoke to Nicolai [Fuglsig, the director], the precision of his vision immediately hooked us. He is the master of the visual feast and the emotional journey. 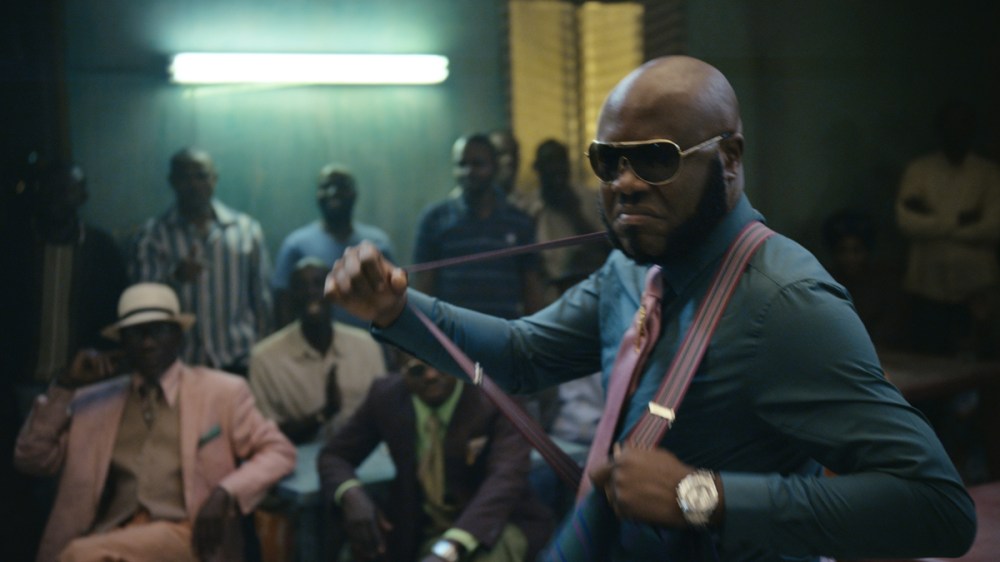 Like all shoots, it had its challenges. Most of the Sapeurs we used had never acted or been on a film set before. To further complicate things, they only speak French-Congolese and had to take direction, through an interpreter, from a Danish director and a German director of photo­graphy. But befitting their huge personalities, they took to the process like naturals. One of the great privileges of shooting with Nicolai, Alwin [Küchler, the director of photography] and [the costume designer] Mr Gammon is their superhuman attention to detail. You can pause on every shot and it looks as if it were meant to be a still. 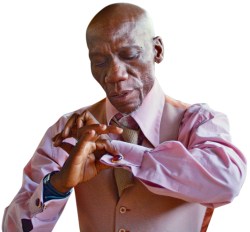 We were lucky enough to work with Rick Russell, who managed to cut hours of footage to­gether into 90 seconds of story. More than most edits, his is a complex Jenga puzzle. With so many beautiful shots trying to get into the cut and everyone having their favourites, we faced the old problem: you take out some frames, you break the flow; you change a shot, you kill the story. Fortunately, Rick tirelessly assembled the blocks.

We’re not going to lie. We listened to a lot of tracks. When we started, we had a strong idea in our heads. We wanted something that was universal and unifying. One of the nicest comments we’ve heard about the ad is how it treats Africa as a place of cultural equals and in­spirational role models. We think the music helps that. It took us a while to find the song that captured their emotional journey from Congolese everymen to the rousing ending when they are being Sapeurs. With the band The Heavy, we found everything we wanted. The song is a raucous echo of these incomparable guys and the words “what makes a good man” are a great fit. So, we’re very happy with what we ended up with. All in all, we feel privileged to have met and worked with the extraordinary Sapeurs. And we’d like to thank them.